Leo was born in March 2015 and found abandoned when he was around 4 months old. He has been diagnosed with post-operative congenital heart disease (TOF) and Chromosome testing done in August 2016 shows gene deletion on chromosome 22q11 (possibly DiGeorge Syndrome.)

Upon entering his institute Leo was observed to have cyanosis of complexion and was sent to the hospital for an examination. In September 2015 he received heart surgery in Shanghai and during his stay in a special foster home his health slowly improved. He had several post surgery check-ups during his stay at the foster home and the results were positive. 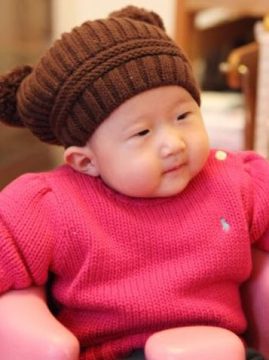 At the age of 9 months his weight increased but he was unable to roll over or crawl yet. At the age of 12 months his teeth appeared and he was able to sit independently. At this time he was afraid of strangers and cried noisily.

Leo’s adoption report was written in December 2016 when he was 21 months old. At that time he was able to crawl backwards, and to walk with support holding a handrail. He liked using a walker to get around best. He could pick up small objects with his fingers and put blocks into a cup and bang them together. He understood “no” and got along well with others.

His speech development was slow but he was able to say a few simple words to communicate. He liked to be kissed and cuddled. Caretakers said Leo was a lovely child and they all love him and hope he will have a family. 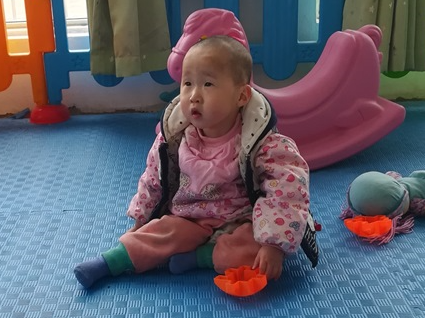 Leo’s development was said to be delayed in all aspects. He could walk on his own, and although he could climb up the stairs of a toy slide, he still needed a hand on the big stairs. He could follow simple instructions. He loved attention from his nannies, and although he sometimes got jealous if they picked up other kids, he was calmed with some snuggles. Updated Measurements: Height 31.5″, Weight 19.8 lbs, Head 18.1″, Chest 17.7″ 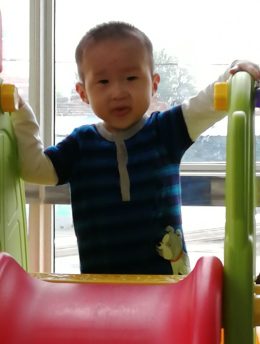