Lexi was born in February 2014 and found abandoned as a newborn. She has been diagnosed with developmental delay and a very small hemangioma on her chest.

When Lexi first entered her institute she was thought to possibly be premature. She could raise her head or roll over and she was scheduled to receive rehabilitation training. At six months of age she still couldn’t raise her head, roll over or speak words. At 12 months she could freely roll over and sat with support. She could visually follow moving objects and people but still wasn’t speaking. At 18 months she could sit independently and could stand holding a handrail. She was able to hold her own bottle and began speaking sounds. At two years old she could walk holding on to her bedrail and was crawling. She was also making more sounds such as Da, Yi and Ya. At 2.5 years old her rehabilitation training was stopped. She could walk independently but had a poor gait. She liked to play with peers but wasn’t able to understand instructions from caregivers. 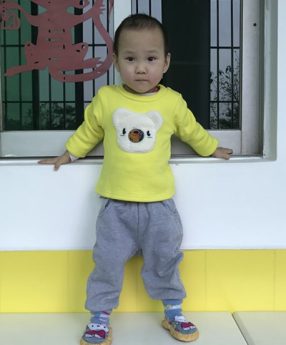 Lexi’s adoption report was written around her third birthday and at that time she could sit steadily, and still had a poor gait when walking. She cried easily but giggled loudly when happy. She enjoyed playing with other children and climbing on a swivel chair. If she needed help getting onto the chair she would pull a caregivers hand to ask for help. When she is hungry was able to communicate wanting food. Her language development was delayed and she wasn’t using words to express her needs. At the time of her report the small hemangioma on her chest had begun to fade. Lexi was said to be a quiet girl who had a ready smile and got along well with others. She was fond of playing with other children, and with toys and games. She also enjoyed playing outside.

Lexi’s body was in good condition, she didn’t get sick often and her hemangioma was said to be lighter in color. She was living in the orphanage and her cognitive development was said to be significantly behind peers. She could walk but wouldn’t jump or get on furniture herself. She held a caregiver’s hand on the stairs, could hold toys, a bottle and other items but wouldn’t draw with a pen or hold her own spoon. 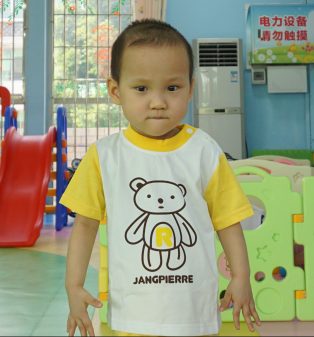 She was unable to speak and couldn’t understand instructions. She is happy when eating and goes outside when she is upset. Her rehabilitation ended when she was 2.5 years old and she hasn’t received any other education or schooling. She liked to play with other children in the room but was easily bullied so often would lay down and play on the floor. 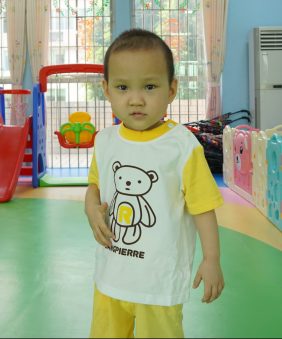 She doesn’t have any special friends or caregivers she is close to. She cannot communicate with language and is unable to express her ideas. Other than obvious preferences there is no way to judge her personality and laughter is rarely seen when playing games and she isn’t very interested in toys when the staff distribute them.

Caretakers say she doesn’t respond to them but they don’t think she’s deaf.