Jason was born in September 2013 and found abandoned when he was about 10 days old. He has been diagnosed with growth and developmental delay, malnutrition and rickets. 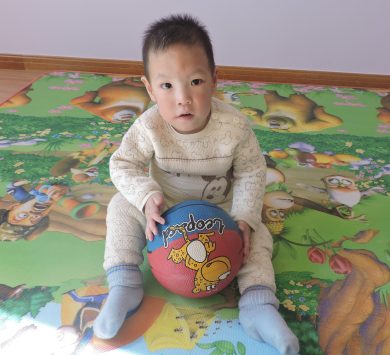 According to Jason’s medical report, he was diagnosed with rickets and malnutrition.  An initial diagnosis indicates that he may have a congenital heart defect, but his file does not contain an ultrasound report. It’s noted that he has a normal heart rhythm and rate.  His file also points out several developmental delays; in one section of his file, it suggests he may have cerebral palsy but there is no conclusive diagnosis. 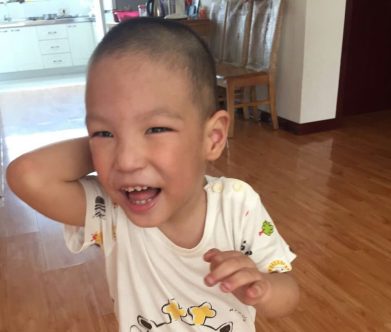 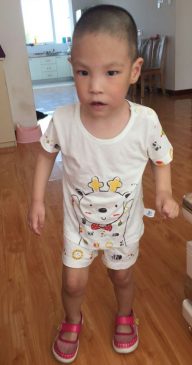 Jason’s caregivers describe him as happy, cheerful and quick to smile! He was said to be an extroverted, active kid who’s always happy when he gets to play with his peers! He could be a little stubborn and would sometimes become upset when things didn’t go his way like many children his age.  When he was unhappy, his caregiver could offer redirection and comfort him to make him feel better. He’s described as being a fun, affectionate little boy who loves to be held, and play hide and seek!

UPDATE BELOW (not sure of date):

Jason has good physical condition and doesn’t often get sick. He is delayed compared to other children his age. He can walk independently, but not too fast, and can go up and down stairs, but cannot jump. Jason’s hands can grasp small objects but he cannot hold a pen to paint. Sometimes he says “father” or “mother” but doesn’t speak in phrases or sentences. Jason understands simple instructions of the nannies and can follow them. Giving him toys makes him happy. He is potty trained during the day but not at night. He likes to play with other children, with a mobile phone and balls. An ultrasound hasn’t been done on his heart and he has malnutrition because he will only drink milk. When he eats he chokes and spit it out.