James was born in July 2009 and found abandoned at 9 months old. He was diagnosed with retinoblastoma and by the age of 2 had undergone chemotherapy and had both of his eyes removed. 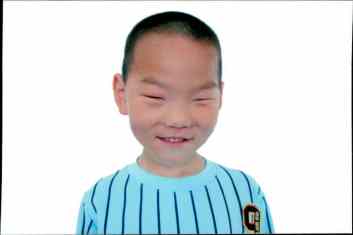 His caretakers reported that at first James was very sad and seemed to lack a sense of security since he lost his eyesight. He depended on others for most of everything and was often fearful, but James didn’t give up. 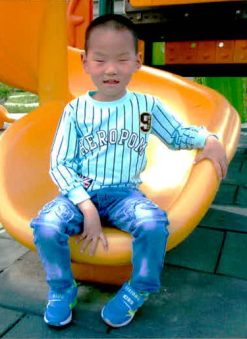 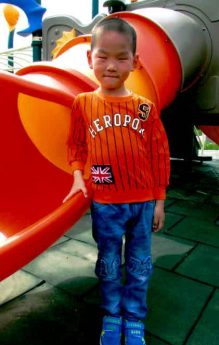 By the age of 5, James had gained superb self-care ability. He could walk on his own, used his hearing to direct him, wash and feed himself, among others skills. Slowly, James became stronger and more independent. His caretakers noted that everyone in the orphanage admired James for his persistence. He is described as positive and optimistic. Every time he puts on new clothes, he says to his caretakers: “How handsome James is!” James loves his family in the orphanage and loves to go to school. He gets along well with the other children and is well liked. The good news for James is that his cancer has not spread or metastasized. His determination to make the most of his life is a tribute to James.