Heath was born in October 2007 and found abandoned when he was around 2 years old. He has been diagnosed with mild cerebral palsy. Don’t miss his update below!

When Heath first entered his institute he could not speak, stand or walk and had low muscular tension. He started rehabilitation training in March 2010 and experienced significant improvement. He learned to walk with a walker and became more active. He liked to play with toys, cooperative games and could speak simple words such as “mama” and “baba.” By May he could go up and down stairs holding a handrail and turn pages in a book. By June he could communicate with other children while playing with them, crawl with his hands, move from lying to sitting to standing with support and back to crawling. He could point to features. By July he could express good-bye by waving his hands, could hold a pen and scribble and sit alone for a bit. He had great progress in language.

At the time of his report in November 2010 he could imitate and speak words to express himself and could name colors. He liked listening to music and his favorite activity was playing games with other children. Staff expected him to reach his goals of walking alone and being self reliant. He had strong self-esteem and was shy but sensible.

Heath’s foster family encouraged him to work on his rehabilitation training at home by practicing walking, standing and steps. He was said to be very brave, and although he would fall down he would continue to practice his waking. His foster grandmother was very happing for him when he could walk alone. At 5 years old he was described as an outgoing boy who is sometimes being a little shy. He could walk alone steadily and had a big improvement in language! He could speak in simple sentences, ask questions and negotiate to compromise with his foster grandma. He had good study habits and was able to dress, eat, wash his hands and use the toilet independently. Staff expected to see continued improvement. 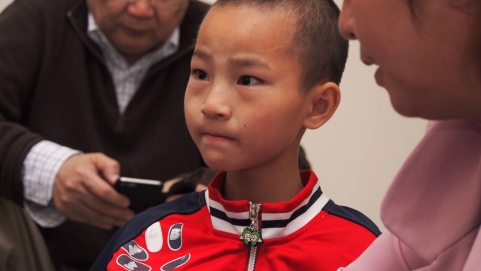 Agency staff met Heath in November 2016 and said he was very shy. He could read and write in Mandarin, grasp objects, walk, jump, run and throw and catch a ball. He could zip a zipper, hop and imitate adults movements. He had good relationships with other children  and played well with them. He liked to watch cartoons on TV, was good with math and described a cute little boy. 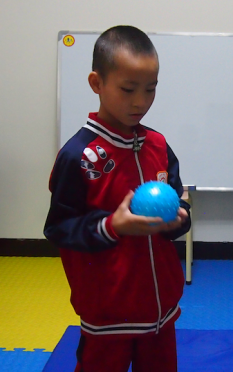