Bernadette was born in January 2005 and was found abandoned when she was 3.5 years old. She has been diagnosed with cerebral palsy.

Bernadette’s report was completed in March 2015 when she was 10 years old. She was described as cute and obedient, and shy when meeting strangers. She had a ready smile and was said to be a nice girl. At the time of her abandonment she wasn’t able to do much physically and couldn’t speak. After rehabilitation training and encouragement she began to stand and walk with support, feed herself and speak. 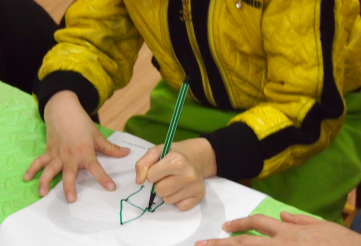 At the time of her report she was living with 5 other children in an imitation family  center in the institute. She was said to have poor finger coordination and needs to practice fingertip flexibility. She also attends some classes for education and they say they see much improvement. She likes to do jigsaw puzzles and draw, and enjoys songs and poems. Although her language is weak she likes to sing. Bernadette has good self care ability and can dress herself, fold and put clothes in order, and can wash her socks, although she requires some help with bathing. Bernadette helps take care of younger foster siblings and often leads them to sing and recite poetry. She has a good appetite and staff say she is a lovely child. Bernadette hopes to be adopted by a warm family. 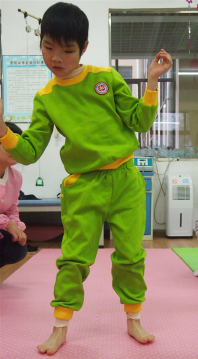 In November 2016 agency staff met Bernadette and reported that she can speak although not clearly. Her intelligence was good according to caregivers but she did have some language delays. She was able to follow directions and said, “thank you” and “you’re welcome” in English. She recognized when a staff member made a joke. She could walk alone slowly, was very polite and greeted people by saying their names. She helps with younger children by changing diapers and doing housework.