Charlotte Rose was born in February 2012 and found abandoned when she was around 2 months old. She has been diagnosed with Down Syndrome.

At the time her report was written Charlotte Rose was 27 months old. She was said to be shy and fairly introverted but got along well with other children. She liked looking at herself in the mirror and playing with toys. She could ride a toy horse and could get on and off herself. She also liked playing with cars and balls and imitating caretakers speaking. She could walk, pick up small items with her fingers, bang blocks together and was cooperative with dressing. Her favorite toys made sound and her favorite activity was playing outside. 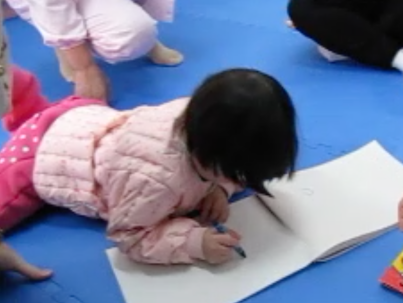 Agency staff met Charlotte Rose in November 2016 and said she was active, smiley and alert. She was speaking a few words but not in sentences. She was able to understand what was said to her, and could greet and acknowledge others. Caretakers said she was receiving education in a special classroom within the orphanage where she studies singing, dancing and painting. She was described as a quick learner. When she watched TV she would imitate what she saw.

She liked to play outside, and staff said she was a busy and happy little girl. After the volunteer doctor listened to her heart, Charlotte Rose took the stethoscope, put it in her ears, lifted up her shirt and tried to listen to her own heartbeat! Staff noted there is a scar on the back of her head that has been there since admission to the orphanage.