Mike stayed with a host family in Connecticut from January 20 – February 3, 2016. He was born in July 2010 and is said to be a healthy boy with normal motor skills and intelligence, however, during hosting it was suspected that he is on the Autism Spectrum. 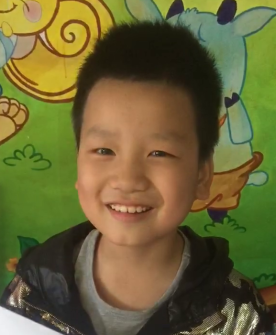 According to his orphanage he is outgoing and active, gets along very well with his caregivers and teachers, greets them in a genuinely friendly way.  He also gets along with classmates, likes to play and share with them.  He loves handicrafts and drawing.

JANUARY 2016 UPDATE FROM HOST FAMILY BELOW: 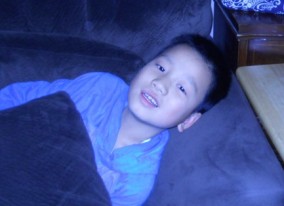 “We watched the video of the panda bear at the National Zoo about 8 times- a real hit. Dima found his Legos and gave them to Mike– he’s in heaven!!!!! He and Kolya have been building things and playing. He’s very proud of his creations. Mike sings while he builds things- this kid really likes music. He loves his little einstein piano.  I found  a show on Netflix called Handy Manny. He’s a fix it guy with talking tools. He loves it. He didn’t like Danny Tiger’s neighborhood- just like Mr Rogers only an animated tiger.  He’s learning some English and has explored the snow- briefly. He is in awe. Maybe we’ll do a snowman later.  He’s calmed down and is doing less exploring- there really isn’t anything left he hasn’t seen/touched. I think he’s catching his stride. He learns quickly.” 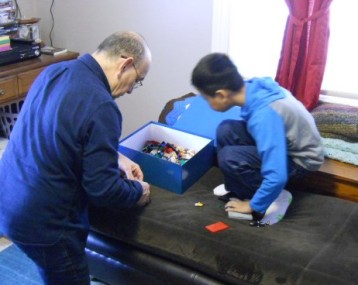 “Mike is good. He’s a good boy. Very curious and very busy. He goes from one activity to the next to the next to the next.  He does like drawing but he loves music. He is particularly fond of classical, although he enjoys hip hop and will dance along.  He likes anything with buttons- computers, remotes, light switches. He likes toys that move and make noise and if it lights up even better.  He understands very well. He learned ‘thumbs up’ is a good thing. He makes his wishes known clearly.  He is friendly and open with strangers. Every time he sees a man he walks up and shakes his hand- in my home, in the doctors office, wherever.  He is very appreciative of gifts. I made him stir fry and he was so excited- like he couldn’t believe it was for him and gave me a big hug. He also uses hugs to try to get you to let him do something after he hears no- a word he understands but wishes he didn’t.  If I were speaking with a family I would tell them to get him enrolled in activities- basketball, soccer, karate, something for every season. He needs to be active but again, I think he’s also interested in the arts. I’ll let you know more as the week progresses.”

PLEASE COMPLETE THE QUESTIONS BELOW TO LEARN MORE ABOUT MIKE: