Knox was born in June 2009 and found abandoned when he was around 4 months old. He has been diagnosed with cerebral palsy. 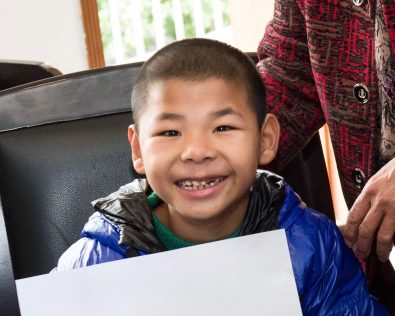 When Knox was first found he had severe pneumonia and was immediately sent to the hospital. At the time his adoption report was written he was 7.5 years old. He could walk properly but his left leg is mildly deformed and he tends to veer to the right. His left hand can move freely and is flexible but his right hand has poor movement. He uses his left hand to eat with spoons, chopsticks and drink. He likes to play with toys, listen to music, watch cartoons and search for goodies hidden by staff. He can understand and say a few simple words although his speech isn’t clear. He can imitate actions and express his needs and has learned simple songs and dances. He can use the bathroom independently. Knox likes to play outside and sometimes can go to the neighbor’s house. Caretakers describe him as being outgoing and bold. They say he likes to play with other children and is close to the people around him. He currently attends Kindergarten. 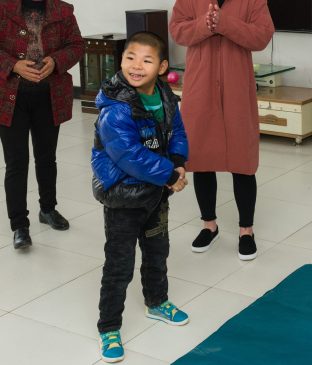 Agency staff met Knox in November 2017 and said Knox responded to voices and turned his head to locate sound. He could search for a dropped object and build a tower with blocks. He liked books and hearing stories, and seemed focused while playing. It was noted that he was unable to use his right hand and that his right leg lagged behind. He didn’t speak during the visit and was unable to write, although he did hold a crayon to scribble. Staff said he was very energetic and appeared to be a very healthy, happy and  lovable child. He maintained eye contact and responded to his caregivers. He liked playing with balls and has a busy and happy personality. 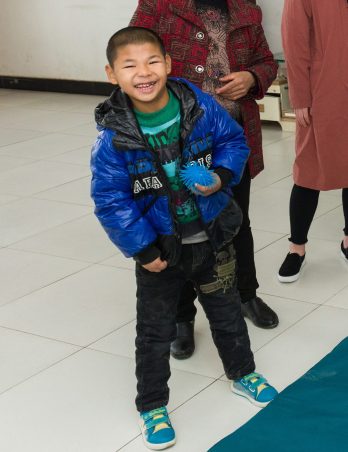