Gabriel was born in March 2009 and found abandoned as a newborn. He has been diagnosed with congenital cleft lip and palate. 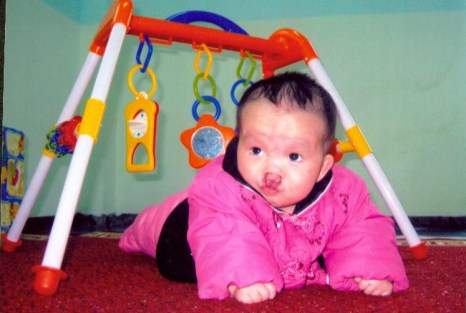 When Gabriel was 1-2 months old he slept most of the day. He cried loudly when hungry or wet but quieted when his needs were attended to. He liked to be cuddled and talked to and would smile. He drank his milk very slowly. When he was 3-4 months old he could follow objects with his eyes and was interested in things with bright colors. He could hold his head upright and look around at the pictures on the walls. At 5-6 months he could turn his body onto his left and right sides. He became interested in his own hands and would sometimes suck his fingers. At 7-8 months he could look around for the source of sounds and could roll from his stomach to his back. When given toys he could stretch out his hands to grab them. At the time of his report Gabriel was 10 months old. He could sit steadily when leaning on objects and would wave his hands and feet happily upon hearing music and singing. Sometimes he would babble to make sounds with the music and shake a rattle. When his name was called he would look and smile. He liked to be cuddled, and enjoyed the activity room and going outdoors. He was said to be an active and lovely baby. 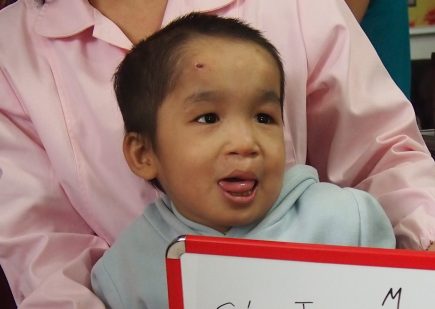 Agency staff met Gabriel in November 2016 and said his lip had been repaired but not his palate. He speaks but not clearly, and sings children’s songs. Caregivers believe he has normal intelligence and said he learns quickly. They did express that he falls and gets lots of bumps. The also said he is delayed but determined.  He was described as being active and had good motor development although he couldn’t write his name or draw shapes. He sought affection from caregivers, was potty trained during the day and managed most of his self care. 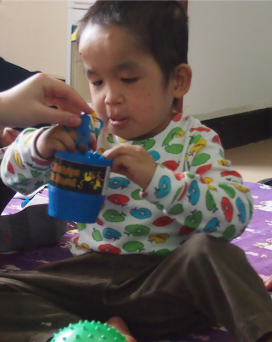