Michael was born in October 2011 and found abandoned when he was around 6 months old. He has been diagnosed with congenital club feet, developmental dislocation of the left hip, post-operative flexion contracture of knees and growth delay. 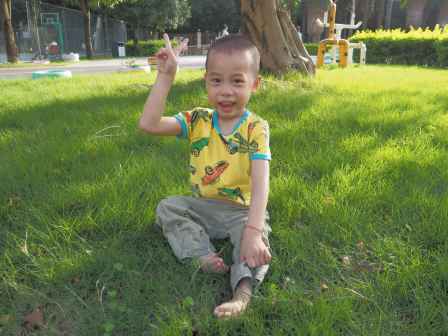 When Michael was first evaluated he was said to have a fair spirit, poor nutrition, skin  irritation from insect bites and mild anemia. He received regular feeding and care in the orphanage and at the time of his report, when he was 4.5 years old, his physical condition was described as “good.” He was said to be smart, adorable, innocent and quiet. When he smiled you could see 8 teeth and his smile made people feel happy. When he said “I love you” to the nanny it made her feel warm and want to hold him in her arms. 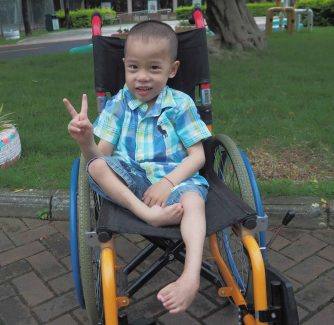 When Michael was 6 months old he cried a lot as he adjusted to the institute and was clingy. The nanny took care of him and would hold him for comfort. When he was 8-9 months old he learned to sit up and that made him happy. He learned to crawl and was interested in his surroundings. When he was 25 months old he started speaking, “mom” and it made the nannies proud. As he grew his language ability improved.

In April 2014 he began his education in a Little Sister program through Half the Sky. He was initially afraid of the strangers and new environment. After the first week he adjusted and liked going to school. Because of his club foot he could not stand or walk but liked to crawl. He looked very adorable crawling. At the time of his report he used a wheelchair to get around and liked it very much. He could operate it by himself to move around. 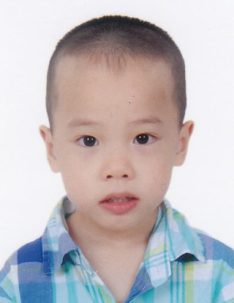 Michael has close friends and shares with his peers. He is talkative, quick in reaction and fond of singing. He can hold a spoon to eat, his hands are flexible. He can string beads, and can mostly dress himself. He recognizes colors and shapes, and his language ability keeps improving. He likes to play with peers and is said to be cheerful and active. He likes outdoor activities, playing games and with all kinds of toys.