Haven was born in December 2006 and found abandoned with a birth note when he was 19 months old. He has been diagnosed with cerebral palsy and postoperative right inguinal hernia. 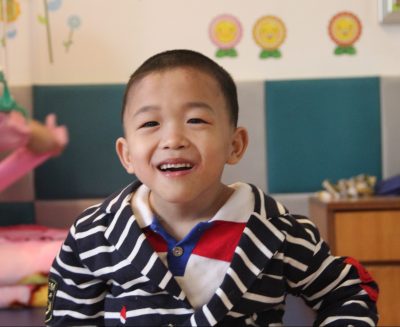 Haven’s adoption file was completed when he was 8 years old and he was described as being short with a cute face. He received surgery for his inguinal hernia in July 2009, from which he recovered well. Because he had low muscular tension and couldn’t sit without help his institute arranged for him to receive rehabilitation training. By 4 years old he could control his head well, grasp objects with his hands. At 5 years old he could stand, feed himself, brush his teeth and take his shoes off and on. At the age of 6 years he could walk with the help of a walker. In November 2013 he began walking independently and it was an exciting time for him! Although he wasn’t walking steadily and had a gait he was very happy and his therapist applauded his achievements! 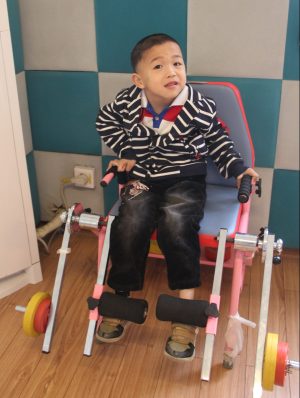 At 8 years old Haven was living with a foster family and was able to attend to his own self care and help his foster mom with simple housework. Although he understood what adults would say to him he had a speech delay and could only speak simple words. Haven enjoyed playing games and singing songs with other children and had a ready smile. Orphanage staff hope he will be adopted by loving family.

Agency staff met Haven in November 2016 and said that he was a very smiley and cute little guy with the sweetest smile! He could speak but not clearly. He could understand and follow directions, and could count very high. Caregivers expressed that they thought he was very intelligent. He was able to grasp objects but it was difficult for him to write. He walks well. He is toilet trained and able to feed and dress himself.

Haven was described as somewhat shy but enjoys attention from caregivers. He likes singing, puzzles, playing with toys and outdoor activities and games with other children. 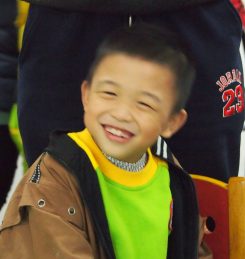